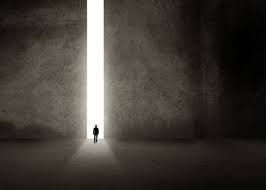 This is my favorite healing story. I first heard this story from higher consciousness teacher, Caroline Myss, who, in turn, learned this first-hand from her friend and our protagonist, David Chethlahe Paladin. Conversation with the wonderful Lynda Paladin, our protagonist’s wife, added more meaningful background.

David Chethlahe Paladin is a Navaho Indian living on a reservation in Arizona. David would laughingly say that his mother was a nun and his father was a priest. It turns out his mother became pregnant by a visiting priest. She, in turn, decides to become a nursing nun and leaves her son in the care of the extended family of their tribe.
David and his cousin spend a great deal of time leaving the reservation and going into town. They drink a lot, and they think life is better in the white man’s world. The local constabulary is forever returning the boys to the reservation. By the time David is 13 years of age, he is an alcoholic.

David and his cousin determine that they are going to make it off the reservation once and for all – and they do. They find their way to California, wherein they lie about their ages and sign up for work with the Merchant Marines. Here David befriends another young man from Germany. He also begins drawing; some of his sketches include the eventual bunkers that the Japanese are building on the atolls in the Pacific Ocean.

World War II is declared. The US Army tells David that since he lied about his age with the Merchant Marines he has a choice. He can go to jail for a year or enlist in the army. David enlists. He is a teenager.

The army tells David, as he is a Navaho, they are going to drop him behind enemy lines and use him as an information gatherer in their special services. Given his native language is a code that the Germans are unable to crack, much less decipher, David is to relay his findings to another Navaho who will translate and pass along the intelligence.

David is dropped behind enemy lines. Ultimately, he is captured and interrogated for information. The German officers find him useless and direct that he be sent to a death camp and executed as a spy.

Imagine, if you will, the scenes we all have invariably seen of the railroad station and the platform filled with lines of prisoners being pushed into box cars for transport to the camps. Here is David. He is being pushed and shoved into a boxcar. There is German soldier behind him saying “Schnell, schnell” (quick, quick). David stops, turns around and looks at the German soldier. It is his friend from the merchant ship. The friend recognizes David and ushers him to a different box car that will send David to Dachau.

In the barracks at Dachau, David sees an older man, a fellow prisoner, drop something. David bends down to retrieve it. The guard, who has witnessed this moment, asks David, “Are you the Christ?”

The guard then orders that David’s feet be nailed to the floor and that David stand there with his arms outstretched for three days like Christ on the cross. Every time David would falter and crumple the guards would hoist him up again. In the middle of the night, someone would sneak in and cram raw, maggot-covered chicken innards into David’s mouth.

When the Allies open up this camp, they find David a mere shell of a man, weighing maybe 70 pounds, and speaking Russian*. They turn David over to the Russians. David later speaks English and gives his name, rank and serial number to the Russians who transfer him to the US military.

David is sent to a VA hospital in Battle Creek Michigan where he spends the next 2 years in and out of a coma. At the end of two years, his legs are encased in metal braces, similar to what polio patients used. David, a young man, maybe not even 21 years of age, is to be sent to a VA home for the rest of his life.

David asks if he can visit his family on the reservation. The answer is, “Of course.” David literally drags himself onto the reservation. He meets with the elders of tribe. They ask to hear his whole story. David tells them every horrible thing that he endured. He is full of anger, rage, and hate.

The elders confer and tell David to meet them tomorrow at a designated point on the Little Colorado River. David agrees and at the appointed hour he arrives. One of the elders tethers a rope around his waist; others remove the braces from his legs. They hoist David up into the air and as they throw him into the raging current of the Little Colorado River, they say, “Chethlahe, call back your spirit or die. Call back your spirit or die.”

David would later say that those moments in the Little Colorado River were the very hardest of his life. He had to fight himself for himself. And he was able to see the big picture; he understood why things unfolded as they did. For example, he realized that the raw chicken parts were meant as a source of protein to sustain him so that he might live.

David Paladin was thrown into the river as a very shattered man. David emerged out of the Little Colorado River like the phoenix out of the ashes. He had metaphorically walked through the fire, or, in this case, swum through the currents, and had come out alive. He was born again.

David no longer needed his braces; he became a shaman, teacher, and artist and went on to work with priests and addicts. He died in his middle years in the mid 1980s.

* Remember David sketching during his tour of the Pacific and speaking Russian when the Allies first found him half-dead at the camp? It turns out that David was channeling, i.e., the Russian artist Kandinsky. In fact, Kandinsky’s best friend came for a visit to the U.S. from Russia. The friend, the story goes, told the press that he felt as he had spent the day with Kandinsky.