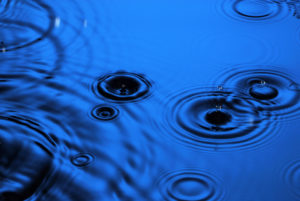 Circling the international news was the story of the assisted suicide of a young Dutch woman due to long-term childhood sexual abuse. This woman in her 20’s asked for — and was granted – euthanasia by lethal injection.

She requested an end to her life due to intractable trauma (i.e., severe Post-Traumatic Stress Disorder) and concomitant medical issues (i.e., advanced anorexia, chronic depression and hallucinations) that left her primarily bedridden.

Her story raised questions and concerns.

In my experience, childhood sexual abuse survivors are highly intelligent, deeply sensitive, intuitive, creative and protectors of the innocents. They are also dissociative, prone to self-harm, frequently anorexic and struggle regularly with suicidal thoughts and feelings. As one survivor told me, “Suicide is always an option.”

And why is this?

Sexually abused children are violated in every possible way. They can no longer trust. They have been lied to, threatened and sworn to secrecy or someone else in the family will be hurt. Their small bodies have been exploited, sometimes shared, photographed and repeatedly injured, often irreparably, due to sexual violence. The abuser(s) constantly programs the child’s thinking, manipulates situations and entrains the child to never speak out or cry as the retributions will be dire. It is a no-win, powerless situation that is utterly terrifying. The child believes what he or she has been told. The child is made to feel at fault. There is precious little safety, control or peace. Every day is on high-alert.

Childhood sexual abuse is a perpetual, ongoing horror which leads to many years, if not a lifetime, of sleepless nights, flashbacks, nightmares, body memories and triggers that can send a survivor into a well of despair, physical pain, and unrelenting panic and terror. Anorexia or other eating disorders can be a kind of coping response in order to garner some kind of control one’s over world and feelings when everything inside says die, die, die.

Potential danger is everywhere. The adult who was a sexually abused child might see their abuser’s face at the market, on the bus, around the corner. This is the nature of trauma, to be locked into a place of huge fear, feeling with absolute certainty that harm and pain are imminently close. In short, you never feel safe.

Some adults minimize the accounts of their children because they think the children are prone to exaggeration and, equally, they cannot accept that these horrific acts would have ever been done by another adult within the family circle. Some parents carry their own history of childhood sexual abuse and are frozen in their ability to respond or take action. There is no easy answer, but the truth is childhood sexual abuse, in varying degrees of severity, exists worldwide.

I have worked with parents who have blatantly refused to acknowledge the reality of their child’s experience. And if, in fact, they do believe that their children are telling the truth, there is the bigger problem of why are the grown-ups, frequently parents, doing this to their children. All the way around it is a nasty, harmful business that crushes a child’s soul and hijacks their animating life force.

And those who survive the abuse and live to tell their truth and reclaim their bodies have strong, enduring wills. It takes tremendous courage and fortitude to do the intense psychotherapeutic work of dealing with the deep-seated memories, the trauma, the betrayals and to defuse the layers of terror and horror. This work can literally take decades. It is painful unto itself. This work is not a straight linear path, but more of a serpentine, multi-layered exploration where the light is practically non-existent and the footing is tricky.

According to the press reports, the young woman was in her early 20’s and endured sexual abuse from ages 5 to 15. That is 10 years, 10 formative years of constant abuse. The doctors deemed her incurable, which is rare and, also, speaks volumes about the deeply wounded state of her being. This young women had sought professional help, but, alas, in her particular case there was no lasting gain and she slipped further away, locked in a dark world of terror.

I have enormous compassion for this young woman and her final choice. Sometimes, too much is simply too much.

This young woman found a hard-won peace on her own terms. I’m heartbroken for her pain and the suffering she endured. However, she has left a powerful legacy. She has made the world more aware of the severe, life-threatening trauma of childhood sexual abuse and the indelible marks it leaves on the psyche.

May she rest in peace, at long last.