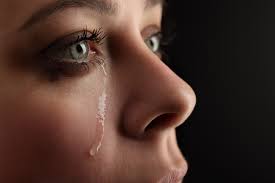 For twenty-three years I have grappled with my identity as a mother of a son who took his own life. I am also a woman, a sister, a child, a writer, an activist. I have met many life challenges, yet the scars and weight of the loss of my son make other assaults on the body or soul insignificant in comparison.

It is very hard for others to listen to someone stuck in the anguish of losing a child and doubly so when there is insatiable anger and guilt at ourselves and others, and when we aren’t yet reaching for peace because we think we have to do something about the anger and guilt in order to be worthy of healing. In my journey, I had to decide I wanted healing and peace and love even if I don’t deserve it; I cannot live in the vomit of my son’s suicide.

All losses of loved ones are inhumanely cruel, and suicide comes with an extra-large bottle of the toxins guilt and anger which some of us feel obliged to drink again and again—it never does empty. Some of us have an insatiable need to see everything, talk about the loss, to examine each aspect, to learn every detail of our child’s life that we can. And then many of us stay stuck in experiences of sorrow, disappointments, regrets, guilt, and anger. We may move so slowly through the totality of our story that no one, including us, can discern change within us.

When my son died, it was extremely important for me to see, hear, touch, and feel what happened from all available angles. I’ve done that now. I understand and know all I need to know of the circumstances. With work and self-tolerance, I finally arrived at the point where even without every detail, I see the large picture and each snapshot available to me, and let the rest go.

Not every parent of a child who suicides will feel this way, but when we do, it is excruciating and so rare to find the support of someone who will stand on the shore as we trek through neck-high muck. In addition, some parents whose child did not die by suicide will go through similar angst. For each soul has its own challenges.

Now, I have put the memories of my son’s death, linked with a part of my own death, into a secret room for which I hold the key—to lock myself out as well as others. I may enter for moments, or I may crack open the door to remind myself of some item or to grab something in there and retreat. I enter with great caution and do not immerse myself in the totality of that room.

That room is polluted with toxicity and danger. The evils of suicide beckon. Our children were not evil; they were poisoned by real and imagined demons in the harshness of life. They were seduced by suicide.

Greg Furth, author of The Secret World of Drawings: Healing through Art, said to me that my son did not commit suicide; suicide took him. My son became addicted to the idea and immersed himself in a romanticism of suicide. “Suicide ideation” professionals call it, but for me, giving something a catchy idiom turns it into a cliché that doesn’t do a suicide victim justice.

So much belongs here in between the beginning of my journey and where I am now, but what I want to tell you is that there came a time when I could no longer willingly jump into the well of despair—what a small word for what I feel. The climb out was killing me and nothing had changed when I reached the top. I was still in anguish and only more weary. I felt no relief. I felt no resolve.

In 1991, I wrote a note to my son on the anniversary of his death that explains some of my crossing:

Dear Son,
I won’t come to your grave today
I won’t do that to me.
If you have any kind of existence
You know the pain of my loss is always with me.
I don’t need to hurt more today
Though I can’t help it
My rational mind and my heart are not in sync
My subconscious won’t let me forget that this is the day I lost you
Flashes of memory and dreams of horrors come unexpectedly.

But your grave doesn’t offer solace
It only tempts me to follow
So if I’m going to live
In protest of the choice you made
If I’m going to see my life to its natural end
And fight my demons rather than lie down for them
I won’t come today.

I’ll go somewhere that comforts and strengthens me
In honor of you
The you that was music and beauty and genius and life
And in compassion for the beaten spirit who took your life
I will not condone your grievous error by following
I will keep reaching for life
And seeking its treasures with whatever strength I hold within.

All my love,
Mom

Diana DeRegnier, a former columnist for UPI and author of the children’s storybook, Mortimer Loses a Friend, is a wicked dancer,  cancer kicker and way-shower living in the deep green of the Pacific Northwest.

This essay was originally published in Making Peace with Suicide: A Book of Hope, Understanding and Comfort (2015).