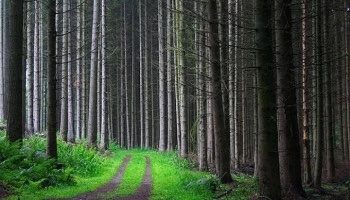 Suicide has been part of the human experience, across the globe, as long as we have been recording our history. Over the centuries, suicide has been perceived as a personal choice, a mortal sin, a social issue, a mental illness, as well as an act of honor, piety, or shame.

In ancient Egypt, it is said, “There is no direct archaeological evidence for suicide . . . nor for any discriminatory treatment of people who died at their own hand.” In other words, suicide did not break any laws or codes. There was no taboo against it.

Romans and Greeks (with the exception of Pythagoras for mathematical reasons, and Aristotle due to his belief in a finite number of souls and the consequences of same) were not troubled about suicide. Roman and Japanese soldiers were known to take their own lives if defeated in battle. It was considered a point of honor or a ‘patriotic suicide’ and may have also served as a way to avoid capture and possible torture.

Early Christians, often en masse, chose voluntary death and martyrdom in lieu of persecution. These suicides were considered a great act of piety. In the fourth century, St. Augustine was the first Christian to publicly declare suicide a sin.

During the Middle Ages, a time that was deeply influenced by the venal actions of the Roman Catholic Church, suicide was shrouded in great shame and fear of eternal repercussions. If you took your own life, your body became an object of public ridicule and torture. You were excommunicated from the Church, your property was seized, and you were prohibited from burial in consecrated or sacred ground.

Suicide moved out the Dark Ages and became a topic of social interest during the Renaissance and Reformation. Shakespeare, as we know, wrote of suicide in a number of his plays, as did the poet John Donne. The philosophers Voltaire and Montesquieu also defended an individual’s right to choose death.

French sociologist, social psychologist, and philosopher Émile Durkheim wrote Le Suicide (1897). This book was the first social analysis of suicide, and it helped increase awareness of suicide as well as decrease the shame surrounding suicide.

Sigmund Freud stepped onto the world stage in the early twentieth century, and with his arrival, mental illness was first viewed as a medical condition. Studies in psychiatry and psychology blossomed; suicide awareness, education, and treatment strategies were created. In 1983, the Roman Catholic Church reversed its canon, and those who died by suicide could have a Catholic funeral and burial.

Today, suicide is a worldwide epidemic that is indifferent to the boundaries between cultures, age, religion, gender, and socioeconomic classes. Suicide has many faces, and each one is part of humanity regardless of our differences. Suicide may be a response to despair, pain, illness, and the pull of inner demons. It can be an act of war, a reaction to violence, or a final surrender.