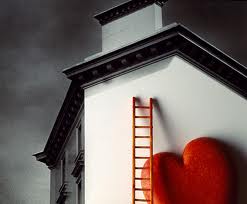 The foreclosure agents repeatedly rang her doorbell; there was no response. They pounded on the door; there was no response. The locksmith, who accompanied the team, unlocked the door; whereupon, they saw 53 year-old Amaya Egaña standing on a chair on the sixth-floor balcony of her apartment in the Basque city of Barakaldo, Spain. Upon seeing the agents enter her now-foreclosed home, Amaya jumped off her balcony and died a short time later from the injuries she sustained.

Egaña’s death was not in vain. Her suicide became the tipping point in a series of suicides and ongoing street protests that have now prompted the banks in Spain to stop foreclosure proceedings for two years for those who cannot pay their mortgages (under certain provisos regarding income and young children at home). The news reports say there will be financial repercussions for the creditors.

In Spain, Italy, Greece, Ireland, India, the US, and other countries, “suicide by economic crisis” is a very real event. Far too often, hard -working family members are faced with the shame, despair, hopelessness, and powerlessness of being unable to keep a roof over the heads of their loved ones. These repercussions are bloody and tear-stained.

On a bitterly cold night in an upmarket enclave of London, there is a knock on the door, a homeless man asks, “May I sleep on your porch tonight?” The homeowners are taken aback, but they quickly invite their unexpected guest to spend the night in their home. They offer food, a hot drink, a blanket – all of which their visitor refuses. He simply wants a sheltered place near their front door to sleep for the night. They agree.

Now, three years have passed and the homeowners and their visitor are on a first-name basis. Every cold night, their visitor is fast asleep on their porch. They acknowledge one another when their paths cross in town. The homeowners have put a chest in a corner of their porch for their visitor to stow his night gear. Every once in a while, they will leave a warm sweater; on particularly cold nights, there is a thermos of something warm to drink. Their visitor always leaves them a note that says thank you.

In a world rife with fear and apprehension and all-about-me-ness, these London homeowners take my breath away. Would I have been able to be so boldly compassionate? Could I have responded with an immediate open heart, especially when it comes to the idea of my home?

Be it a house, an apartment, a lean-to, a car, a tent, a mountain top or cave, our home is our sense of personal space. Indeed, our home — in whatever form or fashion– is our personal castle and sanctuary.

Just the sound of the word “home” can connote deep feelings of safety and a place where we let it all hang out. Home is our shelter from the elements – as well as a world gone mad. We can close the door and block it all for the moment. Home serves not only as our physical base; it is also our psychological touchstone — all will be well when I get home, when I am surrounded by the familiar, the comforting and the comfortable. At home, I can slip into my fuzzy slippers, tattered sweatpants, and take a breath.

Home is a heavily weighted four-letter word.  It is a psychological anchor, physical tether, and for many, a once-considered secure financial investment to keep body and soul together.

In today’s world where a precarious economic climate has been sent teetering by bloated banks, profit-margin-crazed corporations, redundancies, shifts in the work force, and CEO payments and perks akin to the national budgets of a small country, the individual has been summarily overlooked in favor of the greater bottom line. From my perspective, many companies have lost their heart. Hey, no problem in making a profit….but does it have to cost so much that mothers jump off their balconies. Was there no thought to the ramifications? Does global leadership preclude the consideration of consequences?

The banks and creditors can be like the Big Bad Wolf; they huff and puff and can blow your sense of home to smithereens. In the Old West, these banks would have been met with the business end of a rifle because losing one’s home is a place of enormous desperation.

Where to go? What to do? Without your home, you are adrift, homeless, and helpless. It’s hard to get a step up when you have no home base — no restful place to sleep, bathe, dress, cook a meal, or do your homework.

And, then, there are those like our polite gentleman on the porch who has, like many others, his own story about how he ended up without a place to call home and living off the streets. Be it mental illness, physical disabilities, unemployment, substance abuse, lost family, or no traction and going under, he represents one of many. And the numbers of the homeless are increasing exponentially.

Mother Teresa said, “If you can’t feed 100 people, then feed just one.” And, that, Ladies and Gentlemen, is where it all starts. It starts with one person making an act of compassion.

Be it a check for the shelter, a bag of groceries for the food bank, support of the veterans (current stats place them at 40% of the homeless population and inordinately high risk of suicide), children’s advocacy (1.5 million children, that’s 1 in 50 go homeless every year in the US), job training, ethical business practices, and the myriad of creative things we can dream and do to help one another, each of us needs to be mindful of our ability to make a difference. Drop by drop, compassionate act by compassionate act, we change the statistics and help our neighbors find a place to call home.

As the saying goes, “Home is where the heart is.”