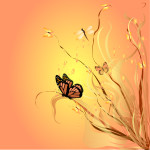 The word came that a friend and colleague, a clinical psychologist, had committed suicide.  She had suffered a hammering of profound losses and fell into a deep hole of depression.  She had placed herself in good professional hands, was hospitalized for two weeks, and released with medications and a discharge summary that she, herself, could have written.  She, later, took her life by overdose.

And if you are a clinical type, then you might be interested in knowing that she – and we will call her Susan for our descriptive purposes here — had been hospitalized once before as a young adult due to a breakdown of sorts.  That initial breakdown had shaped her career.  I would also suggest that it enhanced Susan’s humanity and made her more accepting of the mysteries of life.  Susan was a very skilled and gifted therapist.  Over the course of her professional life, she had helped so very many find their way to safety and sanity, which, of course, makes it even more incongruent that this healing type woman would take her own life.  Then, again, we are all human.

Susan was a huge dreamer – big, significant dreams, healing dreams, dreams that reverberated in her 3D life with books, pictures, and the like tumbling, on occasion, from her walls and book shelves.  Susan analyzed dreams with her patients; she explored their multi-nuanced aspects with her colleagues. Susan understood the imaginal world and the power of metaphor to transform a life.

Yet, even with all those gifts and talents, Susan’s well of despair flooded.  Taken hostage by her biochemical influences, she crossed the border of her inner terrain and entered into the place without light, with nary a crack in the darkness.  All that training and education notwithstanding, suicide seemed the answer to Susan’s very distraught and off-balanced self.

Suicide is not painless; it leaves loved ones – and in this case, patients, too – reeling in disbelief and “what if’s” and “If only, I had …” It’s hard to be left under such messy circumstances. We think, perhaps, we could have done something differently – made a move or said the right words that might have tipped the balance in favor of life.   Death is not easy on a regular basis, but it becomes tainted and shame-faced when described as a suicide.  It’s as if we, the survivors, have somehow failed to do our part.  We feel responsible.  We feel confused and, sometimes, angry, too.   “How could they?” we puzzle, as if it had anything really to do with us.

As a psychologist as well as a former suicide hot-line responder, I understand all too well what can lead up to those moments when suicide is considered a possibility that can – with enough pain and tight, airless thinking — become an option to end the torment.

I get it. I’m not saying I like it, condone it, or anything else, but I understand how someone can get there.  I understand the trajectory of suffering.   I have witnessed the sheer desperation of unabated pain — be it physical, psychological, or both — and the dark places that it can take you. I have seen how a life can crumble in on itself, worn down by the struggle, the relentless struggle.

That much pain changes a person; it leaves an indelible mark.  Suicide becomes all about moving out of the desperate pain.  It is a very intimate act; it is self on self, in all of its swirling eddies of emotional tumult. There is little room for anyone else.

There are many paths of pain and despair.  For some, suicide is an impulsive act of fury and pain; for others, it is a release from the daily torment that makes life unbearable. For some, it is the tight, airless room where they cannot draw a deep breath; much less consider compassion for the self. Suicide is an act of violence against the much-hated, broken, and wounded self.

Suicide leaves a wake of questions.  I have opted to forego the questions.  It does not change anything.  What I know is that my friend was in pain, was biochemically unbalanced, and made a choice.  Needless to say, I wish her choice had been different, but who am I to say?  Her act teaches me about the fragility and ferocity of the human spirit.

In the aftermath, I have come up with what I think is the perfect antidote.  I am sending loads and loads of light to my friend, Susan.  It seems like the perfect thing to do after all that darkness.  And, who knows, maybe it will help her soul refind its sparkle.