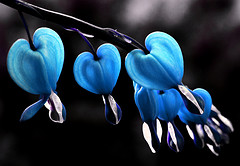 The following is an excellent Psychology Today blog post by Susan McQuillan looking at suicide and eating disorders:

The statistics are alarming. More than 40,000 Americans commit suicide every year. That averages out to about 110 people every day. Although it is the tenth leading cause of death overall, suicide is the second leading cause of death among those between the ages of 10 and 25 years old. Veterans make up 20 percent of all suicides.

Chronic physical and mental health problems underlie most attempts at suicide, although circumstantial and environmental factors can also contribute. As is true in the case of many psychiatric disorders, people with eating disorders are at higher-than-average risk of committing suicide, and those with anorexia nervosa have the highest risk of all.

Bonnie Brennan is the Senior Clinical Director of Adult Residential and Partial Hospital Services at Denver’s Eating Recovery Center (ERC), a national, vertically integrated, health-care system for eating disorders recovery. ERC provides comprehensive treatment for anorexia, bulimia, binge eating disorder, and other unspecified eating disorders. Brennan points out that the more severe or long-term the condition, the more isolated and burdensome the patient may feel, and that is when there may be more concern about the potential for suicide. Because the eating disorder population is often competitive, she adds, caregivers and families must be careful not to glamorize another’s suicide in any way, and to watch out for “copycat” suicides. In her experience working with people who have eating disorders, suicide occurs in various age groups, and the longer the course of the illness, the more despair the person may have about their ability to actually recover, which can lead to an increase in suicidal thoughts,

The entire family is often affected when someone has an eating disorder. Brennan emphasizes that family members are an important part of the healing process. Often their loved ones aren’t mature enough, or are too compromised by their illness, to take responsibility for themselves, so family members must step in. Brennan advocates for the support of the caregivers as well, since an eating disorder affects the entire family support system. The treatment facility provides support, resources and services that include educational workshops, skill building, dietary instruction, and family therapy. It can become a full-time job for family members to try to help manage the recovery program, Brennan points out, and when it all ends in suicide, family members are often left with very mixed emotions.

“When a loved one dies after a long, distressful illness, there is a sense of anger, sadness, and guilt jumbled together with other emotions,” she says. “They too have suddenly been released from the hold of this disease, and must now move on to the process of grieving.”

April Garlick, who lost her teenage son Justin to suicide in 2015, experienced the protracted grip of his eating disorder. As he reached his teens, Justin became a bit pudgy and was openly unhappy about his body, but then he hit a growth spurt and his weight evened out. Still, he began cutting back on food and exercising to the point where April felt he had what seemed like an addiction to running. At first, Justin rejected her suggestion of therapy but soon after, at 5’8” and 117 pounds, and experiencing bradycardia (abnormally slow heartbeat), he asked for help. He began counseling and soon his weight was up to 125 pounds. April remembers that he seemed happy this point, though she sensed he still wasn’t 100 percent.

But over the next year, as his self-esteem plummeted and his behavior became more and more irrational, it was clear that Justin was heading downhill. He fought more and more with family members, changed high schools and attempted online studies to try to keep up, and lost weight again. He went in and out of various treatment programs and at one point was on suicide watch. It was a proverbial roller coaster, not only for Justin but also for April, as she tired not only to battle his illness but to also battle her insurance company to try to get him the type of care he needed.

Throughout that year, there were occasional moments of happiness, where Justin felt he had a breakthrough and could say he was happy, but those feelings didn’t last. In the last phone call April got from Justin, he asked her to call 911 because he had badly hurt himself. He was taken away in an ambulance and April was told to meet them at the hospital. Although the doctors worked hard to save him, Justin did not make it.

Picking Up the Pieces

Dr. Adele Ryan McDowell, author of Making Peace with Suicide, describes the aftermath of suicide as “a complicated loss” for those who are left behind, especially for those who have lost a child. In addition to the trauma of what is often a sudden and unexpected death, and perhaps the burden of a broken taboo, friends and family members may experience deep feelings of anger. On top of the anger, there is often a layer of guilt. Though you did the best you could, you may judge yourself too harshly for your all-too-human responses and behavior toward the person you lost. The trauma of a loved one’s suicide may also trigger memories of other traumas, just as the loss of a human life triggers memories of other losses, resulting in a cascade of emotions flowing over grief.

“You must accept all of your feelings, and give yourself time to move on from anger, guilt and grief to a place of acceptance, forgiveness and compassion for both your loved one and yourself,” Dr. McDowell says.

As you move on, Dr. McDowell adds, you may be able to “illuminate the dark” for others who have experienced the same type of grief. Although April’s heart exploded with unimaginable grief when her son died last year, she is now trying to do just that. She is working on a book about Justin’s life and also trying to reach out in other ways, both to families who have lost a child and to the world at large, who may not realize that eating disorders, which are thought of mostly as issues affecting girls and women, not only affect, but also steal the lives of boys and men.

Centers for Disease Control and Prevention. NCHS Brief No. 168: Mortality in the United States. 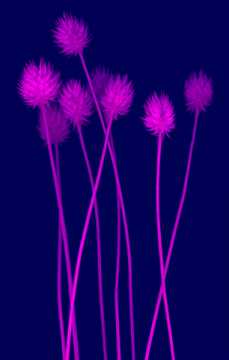 This was a great interview. Thank you, Susan! I so appreciate your sensitivity and understanding on this tough topic.

Source: The Pain of Suicide: Preventing and Coping With Tragedy